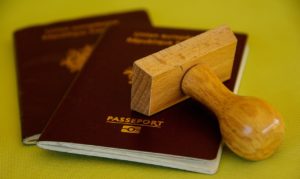 The following section consist of USA Citizenship Civics Test Online.  Citizenship began in colonial times as an active relation between men working cooperatively to solve municipal problems and participating actively in democratic decision-making, such as in New England town hall meetings. Men met regularly to discuss local affairs and make decisions. These town meetings were described as the “earliest form of American democracy” which was vital since citizen participation in public affairs helped keep democracy “sturdy”, according to Alexis de Tocqueville in 1835. A variety of forces changed this relation during the nation’s history. Citizenship became less defined by participation in politics and more defined as a legal relation with accompanying rights and privileges. While the realm of civic participation in the public sphere has shrunk,the citizenship franchise has been expanded to include not just propertied white adult men but black men and adult women.