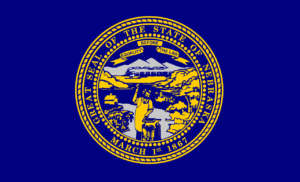 The following section consist of Quiz on Nebraska State of USA. Nebraska is a state that lies in both the Great Plains and the Midwestern United States. The state is bordered by South Dakota to the north, Iowa to the east and Missouri to the southeast, both across the Missouri River, Kansas to the south, Colorado to the southwest and Wyoming to the west. It is the only triply landlocked U.S. state. Nebraska’s area is just over 77,220 sq mi (200,000 km2) with almost 1.9 million people. Its state capital is Lincoln, and its largest city is Omaha, which is on the Missouri River. Click here for Montana State of the U.S.A Quiz

Test your knowledge on Quiz on Nebraska State of USA