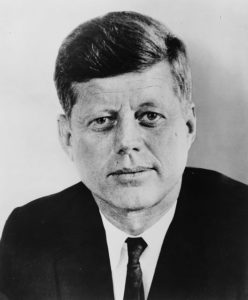 John F. Kennedy was born on May 29, 1917 in Brookline, Massachusetts. He was an American politician and journalist who served as the 35th president of the United States from January 1961. John F. Kennedy was born into one of America’s wealthiest families and parlayed an elite education and a reputation as a military hero into a successful run for Congress in 1946 and for the Senate in 1952. Caroline Kennedy is the  .He served at the height of the Cold War, and the majority of his presidency dealt with managing relations with the Soviet Union. He was died on November 22, 1963 at the age 46.