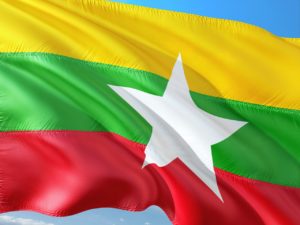 Burma, now called Myanmar was colonized by Britain in the 19th century. This was following three Anglo-Burmese Wars. It became a separate colony of Great Britain in 1937 on the 1st of April. She was forced to join the Second World War and became a major battleground facing severe defeat. Before Japan joined the War in 1940, Aung San of Burma formed Burma Independence Army in Japan. Initially, the Burma National Army and Arakan National Army fought with the Japanese during 1942-44. However, in 1945, they switched sides and joined the Allied forces. During the War, much of Burma was affected and laid waste.