Polar Bear : Answers to 10 Questions You May Just Searching For

Home/ CBSE / Polar Bear : Answers to 10 Questions You May Just Searching For

Polar Bear : Answers to 10 Questions You May Just Searching For 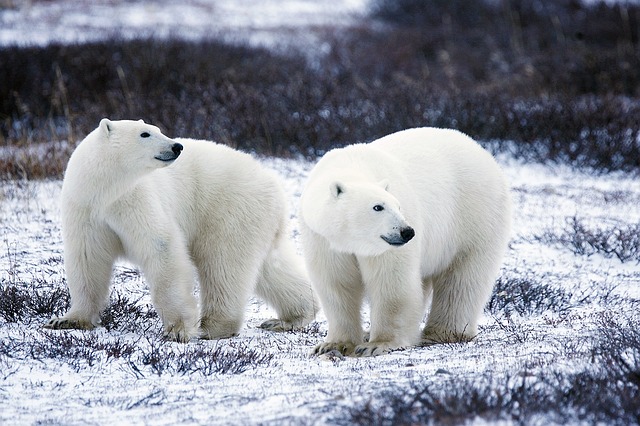 One of our favourite animals and we never tire of seeing new pictures of them. Here we list ten things you probably didn’t know about the world’s largest be

1. Are polar bears found on the Arctic or Antarctic?

Polar bears live in the Arctic but not in the Antarctic. In fact, the word Arctic comes from the Greek word for ‘bear’.

Polar bears are not left-handed. It’s a common misconception that polar bears use their left paw to do most things, but research has shown they use both equally.

3. Why are polar bear white in colour?

Polar bears have black skin and each hair is a hollow tube. The way ultraviolet light is absorbed gives the bears their white appearance.

4.   What is the staple diet for the polar bear?

The staple food in a polar bear’s diet is seals, particularly ringed seals. In particular, they feed on the blubber which has a high calorific value. This helps them to maintain a thick layer of fat which serves both as insulation against the cold and an energy store for when food is scarce.

Polar bears can swim up to six miles an hour – their partially webbed feet help them be proficient in the water. The polar bear is the only bear which is considered to be a marine mammal. The Latin name for polar bears is Ursus maritimus.

6.   What is the greatest weapon of polar bear for hunting?

Polar bears have a very strong sense of smell, which helps them when hunting. Some people say they cover their noses when hunting to avoid detection but this is largely thought to be untrue.

Polar bears don’t hibernate. Females will spend more time in their dens when pregnant but generally, these large animals keep going throughout the winter.

8. What is the record of the heaviest polar bear till now?

The largest polar bear ever recorded weighed in at more than 2,200 kilograms. Male polar bears usually weigh up to 545 kilograms and females up to 300.

Polar bears occasionally inter-breed with grizzly bears creating a hybrid bear known as a pizzly bear, prizzly bear or grolar bear. The existence of these hybrid bears in the wild was only confirmed in 2006 following DNA testing of a strange looking bear which had been shot.

10.  Is there a real danger of extinction of polar bear?

Polar bears rely on sea ice to hunt and the decline in sea ice has forced the bears to swim longer distances, consuming energy they cannot afford to use.

The United States listed polar bears as a threatened species under the Endangered Species Act in May 2008, and Canada and Russia have listed them as a species of special concern. Unless climate change slows, eventually there may not be any bears around to celebrate Polar Bear Day.