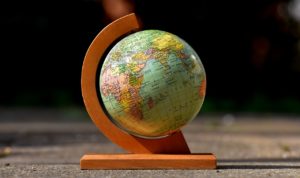 The term “United States”, when used in the geographical sense, is the contiguous United States, the state of Alaska, the island state of Hawaii, the five insular territories of Puerto Rico, Northern Mariana Islands, U.S. Virgin Islands, Guam, and American Samoa, and minor outlying possessions.The United States shares land borders with Canada and Mexico and maritime borders with Russia, Cuba, and the Bahamas in addition to Canada and Mexico. The United States’s northern border with Canada is the world’s longest bi-national land border.

Test your knowledge on Geography Quiz on U.S.A

Another set of US Geograaphy Quiz