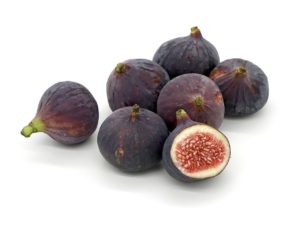 Fig or Ficus carica is a unique flowering plant belonging to the mulberry family. It has a lot of significance both religiously as well as nutritionally. Fig has found its place in many religious books, mythological stories and in culinary preparations. It is grown in temperate climate both for its fruit and as an ornamental plant. Fig wasps are the best example of co-existence.

Figs require insects for pollination. Fig wasp (Blastophaga psenes) is the main medium for pollination. The fertilized female enters the fruit through a tiny hole in the crown of the fruit. The hole is called as scion. She crawls inside the flower, pollinating the female flowers in the process. She then lays her eggs in them and dies. After development inside the galls, the males chew their way out of the gall before the females. They then fertilize the females by depositing their semen in the hole in the gall. Later, the males return and enlarge the holes so that the females can slip out. Once the hole in the scion is large enough the females emerge collecting pollen from figs in the process. The cycle thus continues.