American Lobster Facts: 10 Answers to Shatter Myths Round It !

American Lobster Facts: 10 Answers to Shatter Myths Round It ! 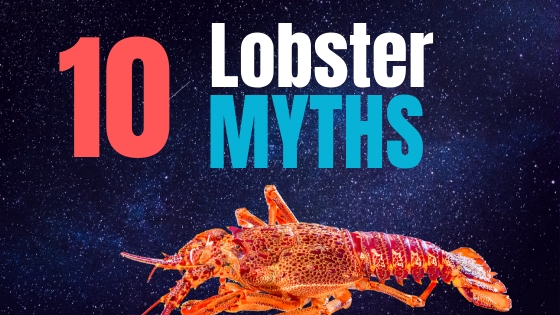 The American Lobster or Maine Lobster is also  known   as Canadian Lobster, True Lobster, Northern Lobster, Canadian Reds.The species is  “Homarus Americanus”, and are  found in the Atlantic coast of North America, . This  species  thrives in cold, shallow waters mainly to protect themeselves from predators. Maine Lobsters live at a depth of 13-164 feet underwater but they can be found up to 1,500 feet below the surface! Please also know Why is lobster blood blue

Not really ! Whether the mean of an American Lobster or any lobster does not depend on the size of the lobster. The duration of cooking determines the tenderness of the meat of lobster . Tough or rubbery meat is usually the result of a lobster cooked too long.

# 2: Female Lobsters are the Best!

Sex of lobster does not change the taste .Even the amount of meat of a male lobster is almost same as that of a  female lobster. Are you fan of  roe.Then , yes , it is the female lobster’s unfertilized eggs.

Wow ! another great myth because lobsters have no vocal chords. Lobsters have a ganglionic nervous system (as opposed to our central nervous system) and do not feel pain like we do.Boiling or steaming is considered  the quickest method to kill the lobsters and the sound that comes out while boiling,  is actually steam escaping from the shell as the lobster cooks

Opposite to this myth, lobsters come in just about every color but red. They can be blue, light yellow, greenish-brown, gray, dusty orange, some calico, and some with spots. However, lobsters turn red when they are boiled  as the hot water cuts the link between astaxanthin, a red substance contained in the lobster’s shell, and protein, which in cold water brings out the predominant coloring.

#5:  USA Produces One Type of Lobsters Only !

Actually there are two types of lobster crustaceans found in U.S:the Maine or American lobster and the Spiny Lobster or Rock lobster.

#6: Maine Produces the Most lobsters

Wrong. Canada produces for more than 60% of lobsters in North American. Maine lands approximately 60% of the U.S. catch, followed by Massachusetts at 18%.

This is out of Folklore that creates this myth  that lobster and other shellfish should be eaten only in months with “r’s” in them — September, October, etc.Fact is lobster can be eaten throughout a year. The notion that live lobster should not be eaten in “r”-less months, —may have started in the days when shellfish where shipped without adequate refrigeration and could spoil.

Fact is Maine lobster is not only  low in  fat but also considered low cholesterol producing dish beacsue  it has less than turkey and chicken.  It has

Further Lobster meat has omega-3 fatty acids, thought to reduce hardening of the arteries and reduce the risk of heart disease.

Contrary to what most people think, Lobsters usually move around and hunt for food at night which includes fish, snails, crabs, clams, mussels, sea urchins, and sometimes other lobsters! That’s why lobstermen immobilize the claws with bands. They are not scavengers.

Lobsters do not have any blood in them. The liquid found in their body which acts as blood is called as hemolymph . It is colourless and turns blue when exposed to air. This is because air contains oxygen which reacts with the copper present in the blood. In addition to copper, it contains large quantities of iron. However, primarily the blood contains copper. We earlier answered  what is the color of lobster blood?