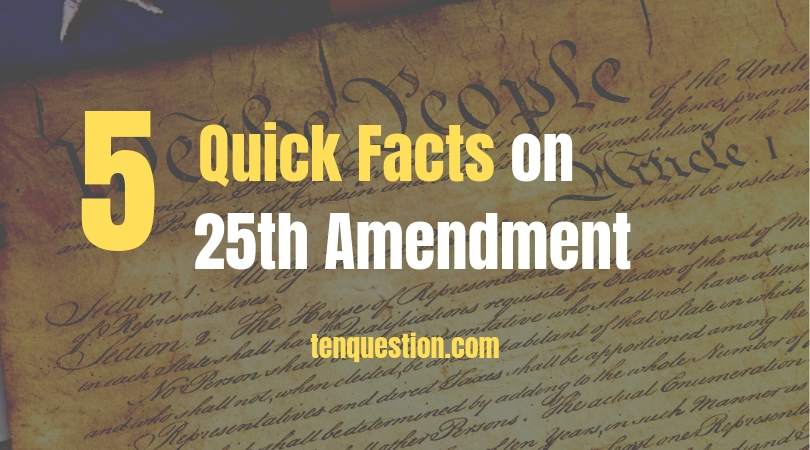 What is the 25th amendment to US Constitution?

The 25th amendment to the Constitution of USA  passed by Congress on July 6, 1965 brought  a procedure within constitution to  provide a process for the president to withdraw from office, voluntarily and temporarily.

Section 4 of the 25th Amendment provides that a president who “is unable to discharge the powers and duties of his office” can be removed from office. The vice president and either a majority of Cabinet members or members “of such other body as Congress may by law provide” need to communicate that wish in writing to the Senate president pro tempore and the Speaker of the House in order for the sitting vice president to become the acting president. However, if the president resists and deems himself capable of fulfilling his duties, the matter heads to Congress: A two-thirds vote in both the House and Senate within 21 days means the vice president remains the acting president; a lesser vote returns the powers to the president.

What was the reasons for the 25th amendment ?

Which state was the first to ratify 25th amendment?

What are three circumstances in which Vice President can take over as President ?

Section 1 of the 25th Amendment provides that the Vice President became President  under three circumstances:

Was this 25th Amendment invoked ever ?

It has been invoked many times . The most recent time 25th amendment was invoked was in 2007, when President George W. Bush had a colonoscopy; Vice President Dick Cheney was acting president for a few hours.